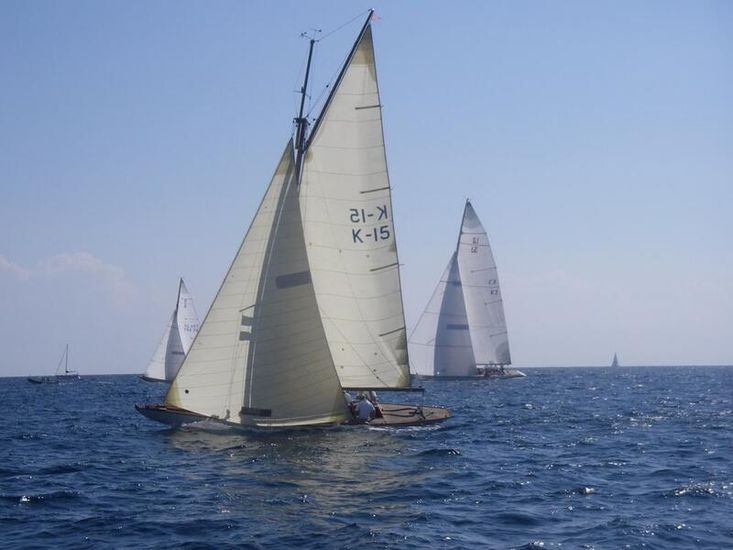 Duet needs no introduction if you have been a regular at any Mediterranean classic regatta in the past decade, having been busy cleaning up the silverware at the likes of Coupe d’Automme Yacht Club de France, Les Voiles d’Antibes and Regates Royales Cannes.

Originally designed by Sir Thomas Glen- Coats under the Alfred Mylne design office and built in 1926 at the McGruer & Co yard. Her original design was to a 6 Metre rule and after the war was converted into cruiser/racer with a well-designed cabin and interior, Duet has since been racing under the Q Class which is a handicap class for converted race boats.

Duet has had several refits but most recently refitted at a yard in Lymington in 2010 and after this refit went onto win overall at the Yarmouth Old Gaffers Festival, which sees some 150 + gaff rig boats take part. A quick pit stop in La Trinite-sur-Mer on her way to the Mediterranean saw Duet win the Open Championship for classic 6metres. Since then, she has won a number of regattas in the Mediterranean.

Duet is the perfect combination of a cruiser racer which has both measurements certificates for classic regattas and the 6 Metre class (with a Bermudian rig). A great inventory which would allow her next owner to go on and win races.

Currently in storage in Cannes.